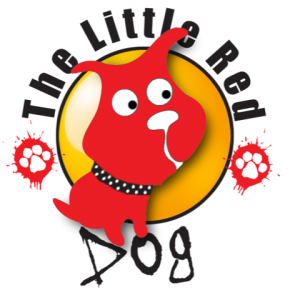 Robert is the host of Guy’s Guy RadioTM, presented weekly in primetime on KCAA So Cal 102.3FM, 106.5FM, 1050AM, iHeartRadio.com, Spreaker, and TuneIn. Over 350 episodes of the Guy’s Guy Radio podcast are available for download on iTunes, Blog Talk Radio, and Stitcher.

Robert offers his growing audience of male and female seekers provocative guests with fresh perspectives that inspire a reimagining of our world, the re-emancipation of today’s men, and the long-overdue recognition of women and their achievements. The Guy’s Guy brand credo is “when men and women can be at their best, everyone wins.”

His acclaimed debut novel, The Guys’ Guy’s Guide to Love, is heralded as “the men’s successor to Sex and the City.” His website RobertManni.com features his syndicated blog “On Life, Love, and the Pursuit of Happiness,” which includes over 300 articles, media appearances, branded videos, and events. Robert has appeared on broadcast television (NBC’s Morning Blend, WPIX11 Morning News), and is a frequent guest across satellite, terrestrial, and web-based radio programs and podcasts.

Robert has been featured on ABC Radio’s Men’s Life with Slacker.com, and is a regular columnist and relationship expert on Cupid’s Pulse, YourTango, and The Good Men Project. He also contributes to Huffington Post, and was recognized as a Top Dating Blogger by DatingAdvice.com and OurDatingJourney.com.

There’s never been a better time for men to be whoever they want to be. Yet, it’s also a time where it’s never been less clear who men really are. Whether it’s navigating modern dating and relationships, bonding and male friendships, diet, wellness, fitness or spirituality, Robert shares his perspective and anecdotes based on his life, years advertising the world’s best-known brands, and surviving over twenty years of single life in Manhattan before marrying and becoming a father. Robert is a cancer survivor who experienced medical miracles and a spiritual awakening on his journey to recovery.

Robert is also an energy worker with advanced master and teaching certifications in Reiki, hypnosis and the Silva Life System. Most of all, Robert is a bona fide Guy’s Guy, devoting his life and work to raising humanity’s frequency while helping men and women live their best lives.

Dating and Relationships Over 50: Is Jealousy Healthy in a Relationship? Dealing with Jealousy!

Friends With Benefits Over 50: Good or Bad Idea? What FWB Really Means!

Tired of Feeling Crappy and Fat after 50? Making Small Changes to Get Big Fitness Results!

Dating Over 50: Are You Too Picky? How to NOT Sabotage Your Chances of Finding the Right Partner!

Dating Over 50: Sex On the First Date? The Pros and Cons both Men and Women Need to Know!

Hopeless About the Shape You’re In? Taking Control of Your Weight & Fitness after 50! Simply Start!

Dating Over 50: Do You Say Or Do Things That Turn Men Off? Top Turn Offs for Men!